CALL TO ORDER:
The meeting was called to order by R.E. Scott Newton at 7:16 p.m.

R.E. REPORT:
The first order of business from Scott Newton was to congratulate CNYR member Lee Hidy on his 50th anniversary with SCCA.
Lee's official start date with SCCA was July 1, 1963.
A solid round of applause accompanied by a delicious Carvel ice cream cake started off the agenda for the evening.
Scott mentioned the unfortunate demise of the famous Oak Tree at V.I.R., damaged by Mother Nature beyond rehabilitation.
The current change for the SCCA National Championship Runoffs was mentioned, with Road America for 2013, Laguna for 2014, Daytona for 2015 and Mid-Ohio for 2016.
Some general discussion followed as to the merits of a yearly move, especially when it is not uncommon for competitors needing several events at an unfamiliar track to be as fast as they would be on a familiar track.
SCCA National probably thought this would be a good way to equalize competition and make travel costs average out for all and this may be the way to achieve that.
A recent local car show, the 2013 Street Scene, a tuner oriented show, was attended by CNYR members, including R.E. Scott Newton.
SCCA brochures were distributed and the various types of competition within SCCA was discussed with interested spectators.

SECRETARY REPORT:
Bob Holcomb made a motion that the meeting minutes for June, 2013 be accepted as they appeared on our web-site.
Mike Gagliardi seconded, motioned carried.
Bob asked if anyone was interested in a used set of Goodyear Eagle GT's, 205/50/R17, for possible SOLO or such, but he had no takers.

F&C REPORT:
Mick Levy mentioned the upcoming Glen Region Regional on July 20th and 21st at Watkins Glen.
He discussed the recently concluded Finger Lakes sponsored SCCA MAJORS at Watkins Glen which had approximately 300 entrants for July 5th, 6th and 7th.
The Stewards said this was over 100 more than the other two MAJORS being held that weekend (west coast and mid-west) combined.
Lots of good racing each day.
It was HOT and HUMID weather, but without rain.
The previous weekend to the MAJORS, June 28th, 29th and 30th was the ROLEX 6 HRS along with support races which included the 2 & 1/2 hour Continental Tire Challenge.
Both Friday and Saturday of Rolex weekend were wet/dry, wet/dry, wet/dry which make tire selection quite a challenge for the crews.
To start out the Continental Challenge, a Miata crashed the sand barrels at pit entrance and stopped in the pit entry before attempting to drive back to the paddock.
Later in the race when Mother Nature once again sent rain there was a double roll over in the boot with one car being hit while all four up.
At the same time, Bob Holcomb at turn 11 had 5 cars spin all at once, with no contact and each continued.
Scott Newton said that the new F600 racer is scheduled to have an outing at the Glen Regional and said their RPM range will be ear splitting.

TREASURER REPORT:
Jay Cartini said we are still awaiting reimbursement from Divisional Rally Cross.
Also one SOLO sponsor is behind on their payment and this will be looked in to.

ACTIVITIES REPORT:
Rob Sgarlata said the annual picnic will be Wednesday, August 14th at the Onondaga Yacht Club at Onondaga Lake.
The cost per person is $10 and the picnic will run from 6 p.m. to 9 p.m.

RALLY CROSS REPORT:
Jim Quattro mentioned that he is now in the Parts Dept. at Burdick Toyota in Cicero.
Our next event is to be held at the Cherry Valley Kart Track in Sept.
Leo Sawyer mentioned it is difficult searching for National results.
Other than that, Jim had nothing new to report.

SOLO REPORT:
Mark Bizzozero thanked all those that helped with concrete work at the microd track near Groton so that we could hold our June 30th SOLO there.
Mark's big moment came when he realized he had lost his brakes during his first run.
He gave many thanks to all those who provided tools to help him rebuilt his brake line and allowed him to make four afternoon runs which resulted in a 3rd place finish.
It was a typical example of SCCA competitors helping each other.
Sept. 8th will be our next SOLO event at the Groton facility and Mark is asking for more help in early August for more concrete repair at the track.
There will be an Enduro at the Cherry Valley Kart Track on July 28th, followed by a day/night event there on Sept. 21st.
Mark said he is also looking into an early October date at the New York State Fairgrounds but as yet has had no response to his request.

COMPETITION REPORT:
Mike Gagliardi said things at CNYRP are proceeding slowly and quietly.
New York State is working with CNYRP to reopen the former south bound I-81 rest area into a combined rest area and exit to the track. 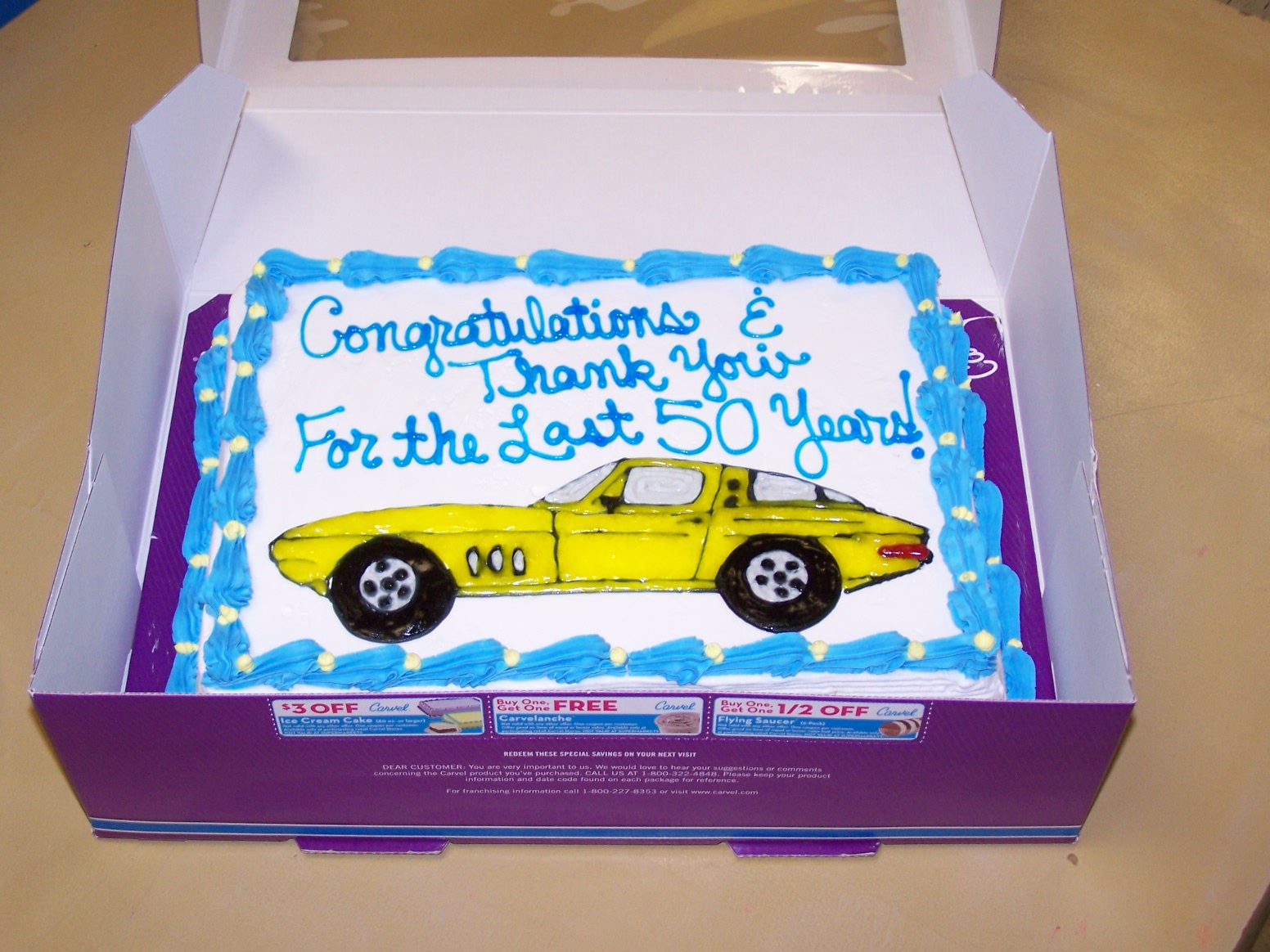 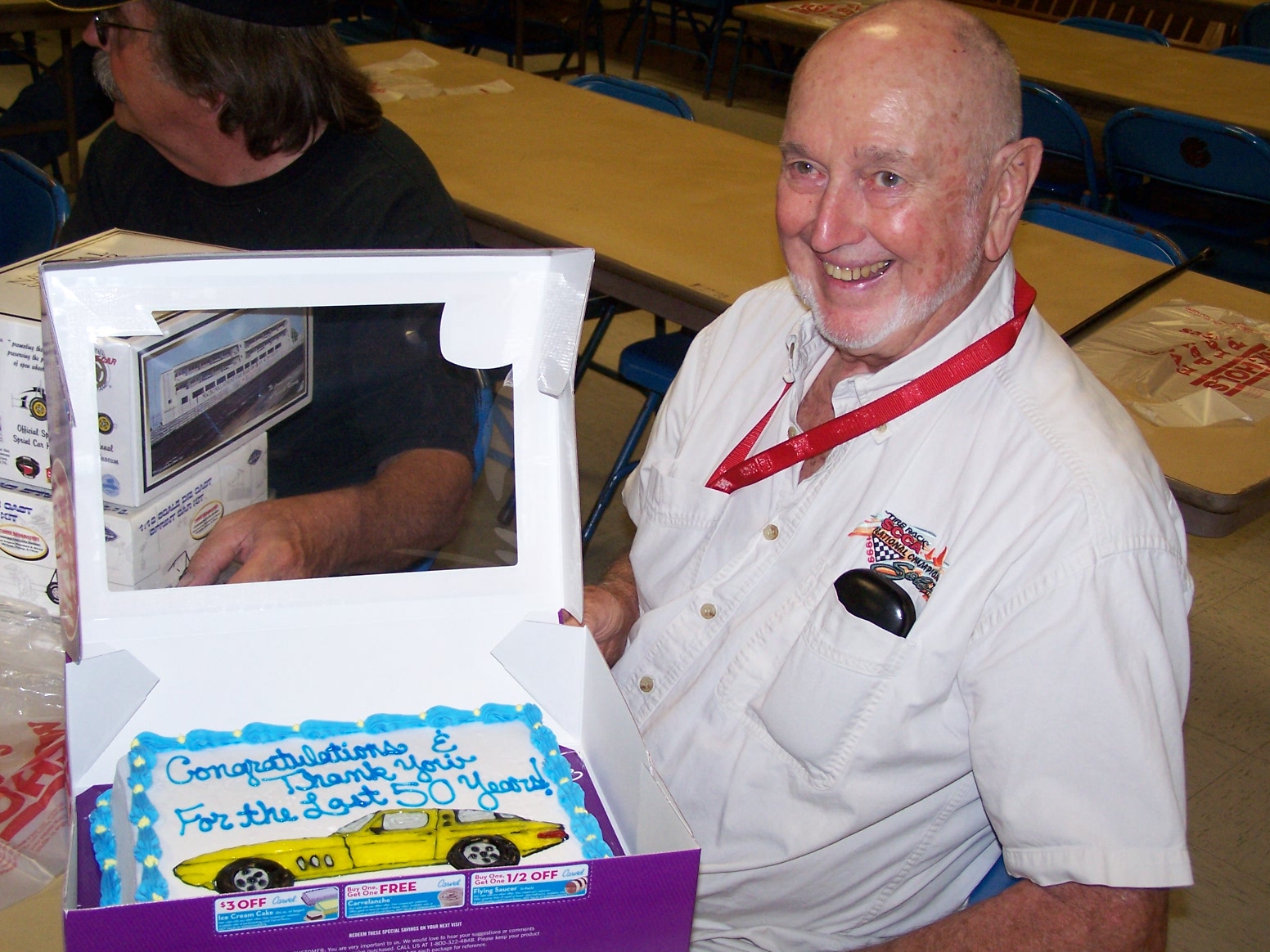